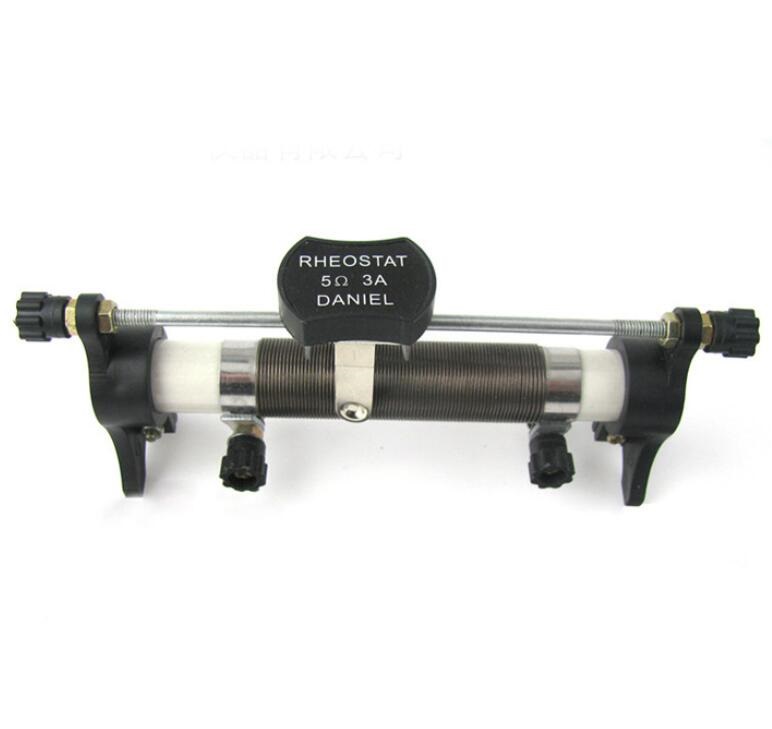 (1) protecting the circuit from being short circuit

(3) Changing voltage. According to Ohm's law I=U/R, it can change the voltage at the two ends of the appliance in series.

(4) the resistance is measured by voltammetry, based on the formula of Ohm's law:R=U/I

(2)  Before using slide rheostat, slide back and forth several times, remove the dust and dirt on contact point to ensure good contacting. Before accessing to the circuit, maximize the resistance in the slide rheostat, so as to protect the power supply and electric meter.

(3) Connect the slide rheostat  properly. Otherwise the resistance is fixed on the max. value, or mini. value.

(4) Avoid damage to resistance wire’s insulation coat, so as to avoid short circuit of interturn which will lower down the max resistance of the slide rheostat.
Tags：
Share:
Previous:What are disposal medical waste bag used for
Next:The usage of indicator papers